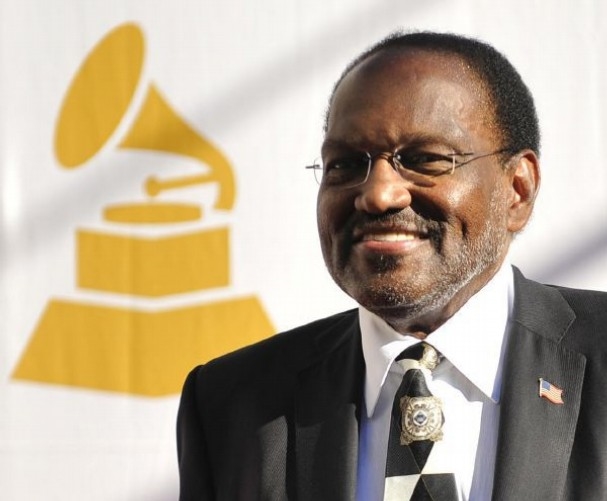 Photo courtesy of the Grammys

Music legend and U of A visiting professor Al Bell at the Grammys, where he received the Grammy Trustees Award in 2011.

Bell is the university’s 2018-19 McIlroy Family Visiting Professor in the Visual and Performing Arts. The Arkansas native, formerly of Stax Records and Motown Records Group, is hosting these events along with the J. William Fulbright College of Arts and Sciences and its Department of Music.

The first is a screening of the documentary Take Me To the River, followed by a Q&A moderated by businessman and music lover Hank Henderson, as well as special live performances by William Bell and Bobby Rush.

The event will take place from 6 to 9 p.m. Sunday, Oct. 28, at Meteor Guitar Gallery, 128 West Central Ave. in Bentonville. It is free and open to the public, with registration.

In addition to Bell and Henderson, confirmed guests for the screening include:

The second event is the next day, when Bell will present a free public lecture open to students and the greater Northwest Arkansas community.

Bell’s talk, “NOW is the Season and the Time!” will delve into his experiences in the music industry and the impact music has on our lives – including the healing and economic power of music.

His lecture will take place at 5 p.m. Monday, Oct. 29, at the U of A’s Donald W. Reynolds Center for Enterprise Development, near the intersection of Harmon Avenue and Fairview Street on the Fayetteville campus.

Additional events featuring Bell are being planned and will be announced on the Department of Music website. More information about Bell can be found in this announcement of his appointment.

About the McIlroy Family Visiting Professor in the Visual and Performing Arts: The professorship, established in the university’s J. William Fulbright College of Arts and Sciences, supports the teaching and work of a professional artist who imparts highly specialized knowledge essential to students’ artistic, educational, and career enrichment and of value to the community at large. It was made possible through the philanthropy of Hayden and Mary Joe McIlroy and the Walton Family Charitable Support Foundation. Each recipient of the McIlroy professorship holds a joint appointment as a visiting professor of the Fulbright College and the Walton Arts Center.

About Al Bell: Born Alvertis Isbell in Brinkley, Arkansas, Al Bell is the former chairman and owner of Stax Records, where he was responsible for the careers of numerous music icons and the overall direction of American soul music. He subsequently served as president of Motown Records Group. In 2011, Bell received the highest honor the music industry bestows, the Grammy Trustees Award, putting him in the company of an elite group that includes Steve Jobs, Walt Disney, Ira Gershwin, Frank Sinatra, the Beatles and others who have made industry-changing contributions to music in their lifetimes. He has also been inducted into 30 Halls of Fame.